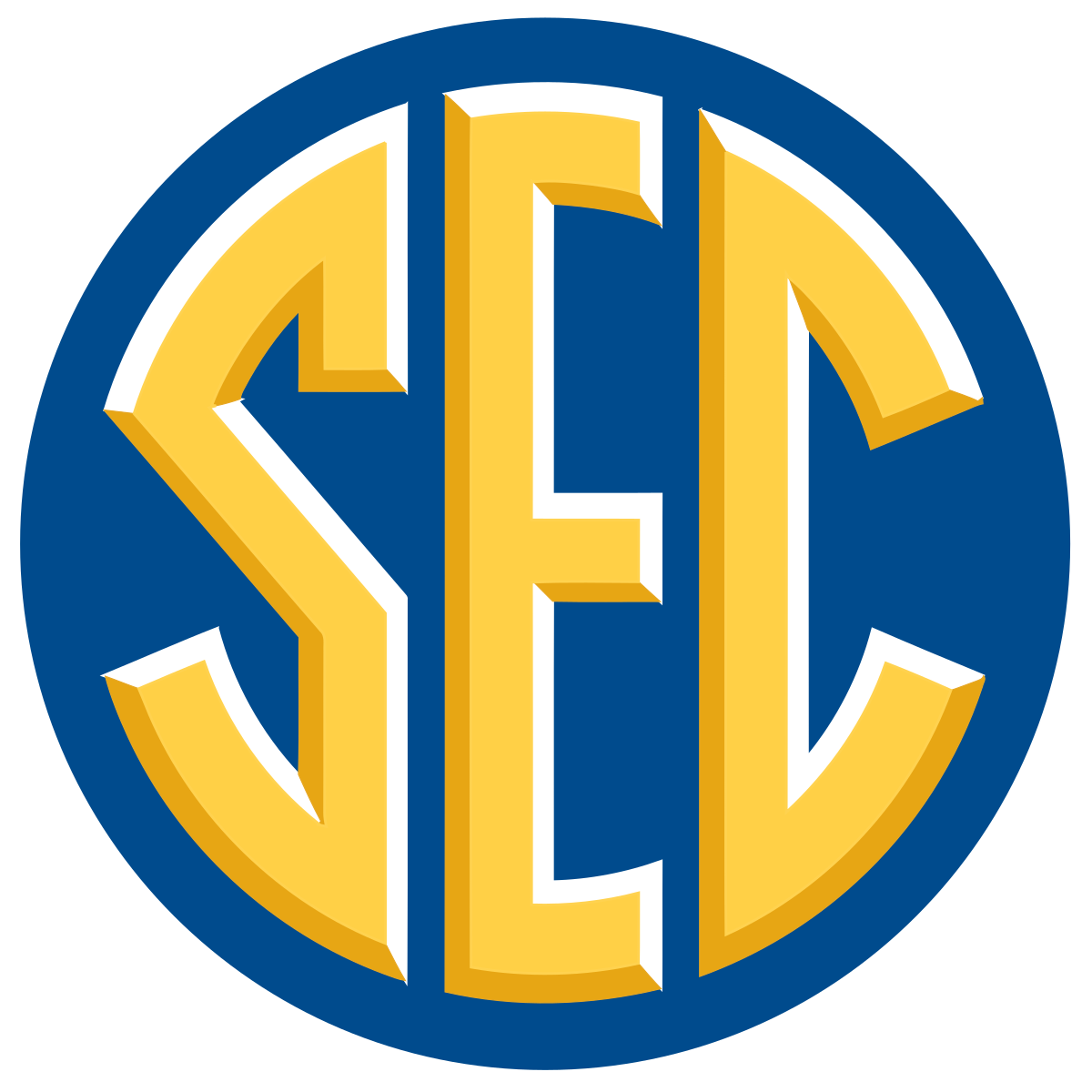 College football is right around the corner, which means its time for division predictions, starting with the SEC West. Let’s get into it.

Coming off a weak 2-10 season and sporting a 0-8 record in SEC games, expectations are low for the Razorbacks. They do appear to be turning a corner and getting back on the right track after hiring new head coach Sam Pittman, adding former Mizzou head coach Barry Odom as their defensive coordinator and former Florida State offensive coordinator Kendal Briles to lead their offense. They’ve also added transfer QB Feleipe Franks to their roster, filling one of their biggest holes from the previous season. A lot of people don’t realize it, but the SEC West is going to be more competitive than it has been in years with the departure of some incredible talent from teams such as Alabama and LSU. This is going to give Arkansas a chance to pick up some upsets at home, since almost every SEC game this season is going to be competitive and some undisciplined teams might sleep on Arkansas. They’ll be playing Texas A&M, Alabama, LSU, Tennessee and Ole Miss in Razorback Stadium this season and the teams going to be hungry after being thoroughly embarrassed last season, so look for a big upset or two next season. Other than that, I wouldn’t expect much from this Arkansas roster.

With new head coach Mike Leach taking over the Bulldogs, they’re going to be an interesting team to watch in the 2020 season. They play one of the easiest schedules in this division, playing New Mexico, Tulane and Alabama A&M at home. Their crossover game in the SEC is also Kentucky and play Arkansas at home, which are more than winnable for the Bulldogs. Even though it is his first year with the program, this is a schedule he should be able to pull a decent season out of and hopefully build some momentum for his program. Pretty much all of his offense is going to be rebuilding besides his all-SEC running back Kylin Hill, which is going to put a lot of responsibility on the defense which ranked an abysmal 73rd in the FBS and allowed almost 400 yards per game last season. Don’t get me wrong, they’ll put out some wins with the schedule they play and might even get an upset, but this is a team that has some serious rebuilding to do before they’re going to be a serious contender.

Believe me, this ranking has nothing to do with my utter hatred of Auburn as a team. Coming off a 9-4 season in 2019, Auburn has the potential to be a contender in this division, but what it boils down to is this team just didn’t improve enough and lost a lot of talent. Their offense does have Bo Nix, a reliable quarterback, and a few impressive running backs returning. They are going to be facing a lot of pressure though with 4 starters on the offensive line leaving though. No matter how good your quarterback or running backs are, replacing almost an entire offensive line is a tough feat for any team. What makes it worse is their offense really wasn’t that really that great last season, ranking 64th in the FBS. They are going to have to rely heavily on their defense, which was a bright point on this team. Their linebackers K.J. Britt, Owen Pappoe and Chandler Wooten are absolute studs and returning to the team. The secondary is still young and we’ll have to see how much they have improved over the off-season. Auburn will be competitive in this division, as they always are under Gus Malzahn.

This is probably one of the teams I’m most excited to watch next season. Ole Miss was a competitive team last season, losing 5 games by only 8 points or less, and now they’ve added the frattest coach in college football, Lane Kiffin. (!!Hot take alert!!) Give Lane Kiffin three years as head coach at Ole Miss and they’re going to be a serious problem for teams in the SEC West. Lane Kiffin has proved he is one of the best offensive minds in college football, and the guy knows how to recruit unlike any other. He is going to need some time to bring this team back, but the team he currently has is far from the worst in the SEC West. They’re coming off a 4-8 regular season record, but their offense was a bright point of this team, running for 250 yards per game and passing for 200, despite playing tough SEC defenses. Those are the kinds of numbers that Lane loves to see, and he’s only going to make this offense more dynamic and harder to stop with sophomore dual threat QB John Rys Plumlee. Lane’s going to give the kid a chance to be his new Jalen Hurts. Their defense was atrocious last season, but expect them to make SEC teams uncomfortable by turning games into offensive shootouts. Ole Miss is hopefully going to play some extremely entertaining games this season.

This is going to be a make or break season for Jimbo Fisher at Texas A&M. The schedule definitely favors them this season, as they face off against Alabama in Tuscaloosa and LSU at home in their last two games, which are by far their hardest of the season. They do have a very good roster returning for 2020, lead by QB Kellen Mond, linebacker Buddy Johnson (who’s one of the best in college football), and All-SEC freshman safety Demani Richardson who is looking to have breakout season on the defensive side of the ball. This team is very balanced and could cause a lot of problems for teams that favor one side of the ball over the other. With an offense that racks up 400 yards per game and an improving defense that allows less than 350 per game, look for Texas A&M to be a serious contender in 2020.

Obviously, this team is losing a boatload of talent from last season, including Heisman quarterback Joe Burrow. Along with that loss, they’re losing their top edge rusher K’Lavon Chaisson, cornerback Kristian Fulton, linebacker Patrick Queen and wide receiver Justin Jefferson. All of these guys are projected first round picks and they made up a crucial part of the 2019 National Championship Team. The reason they’re sitting at #2 in my projection is because LSU has not been able to prove their ability to reload after huge losses like this. Alabama and Clemson have both proven the last three seasons that they’re able to put out playoff caliber teams after losing talent like this. I think this season is going to be learning experience for head coach Ed Orgeron. Their offense in 2019 was one of the best college football has ever seen, and it’s going to be nearly impossible to replicate those results. Orgeron knows how to bring out the best in his players and I don’t doubt they’re going to have great season, but it’s going to take a season or two to get back to where they were, especially after the departure of passing game coordinator Joe Brady and Joe Burrow.

To be completely honest with you, the top 3 in this prediction could go in any order, and its ultimately going to come down to how well these three play each other. In this case though, I had to go with a proven team to win the division, and that’s the Crimson Tide. Like LSU, Alabama is losing a lot of talent this draft. Tua Tagovailoa is going to be star in the NFL and Jerry Jeudy is a first round wide reciever, both of which are huge losses. But Nick Saban’s motto is “next man up”. The Tide still retain a very good receiving core with Jalen Waddle and Devonta Smith and running back Najee Harris. With this support, Mac Jones is going to be more than capable of picking up where Tua left off with the offense. In the five games he played last season as the starter, Mac went 3-1 and boasted a QBR of 186.8, the highest of any quarterback in the SEC. Quarterback has never been that important of a position for Nick Saban, as he’s won National Championships with guys like Jake Coker and A.J. McCarron under center. What makes a great Alabama team is defense, and this defense is going to be something to watch. The Tide boasts one of the best linebackers in college football with Dylan Moses and proven cornerback Patrick Surtain II, both of whom are going to be future draft picks. What gives Alabama the edge on LSU in this prediction is Nick Saban’s ability to consistently put out championship-caliber teams, and this team should be no different. All in all, the SEC West should be one of the best divisions to watch this college footbll season.