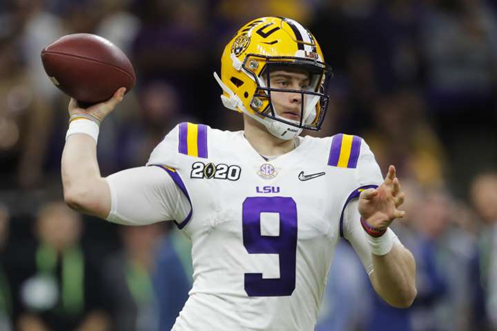 Making a mock draft with this kind of free agency, the new CBA deal, and the fact that the coronavirus is taking over the world really makes this one of the hardest tasks I have ever taken on. But you gotta do what you gotta do.

Coming away from this combine, we learned that this class is absolutely loaded on both sides of the ball. Some positions more than others but nevertheless, 100% stacked. For a GM of any team looking to add talent at a position, this is fantastic news. However, their draft rooms could become a madhouse with so many teams wanting to trade up or down or trade picks or if you’re the Browns, you do absolutely nothing to protect the future of your franchise, my boy Baker Mayfield. Only time will tell.

A lot of these picks can change and probably will change throughout the course of free agency and upcoming Pro Days. But for the sake of a mock draft, why not implore into the rumors circulating and actually pick where some of these players could go, despite what most “experts” predict. There are no trades and these picks are based on who is available when that team is drafting and each team’s current needs.

One thought on “NFL Mock Draft”